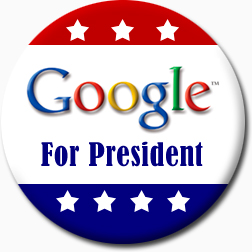 If the internet were a game of Monopoly, it’s likely that Google would own Boardwalk and Park Place as well as the entire line of wealthy properties on “that side of the board”. After competing with Groupon, the web’s largest coupon website, and becoming the most popular search engine on the web (How many are sick of saying “just google it”?), Google is now taking a stab at the social networking scene. Can anyone say, “Google for president?”

Google isn’t satisfied with simply becoming the search engine superpower that it is; it must take over one of the largest social sites on the web-Facebook. Google + is Google’s answer to Facebook. It represents a new movement which turns the entire engine into one colossal social networking site.

After a year of creation and innovation, Google started distributing a wave of invites last week for its initial testing phase of Google + and recently allowed the first wave of invites to invite other people as well.

Google + is similar to Facebook in that users can post photos and see their friends’ posts in a news stream type format.  In contrast to Facebook, a new feature, “Circles”, lets friends create lists based on interests, jobs or any other topic. Facebook and Twitter currently use that functionality, but it is more of an add-on than a feature incorporated within the network. Google + also includes unique features like video chats called “hangouts”. Hangouts are arguably the most talked about feature in the new social network. Users can signal to their friends they are “hanging out” in a video chat room. Friends can then join in and start “hanging out” until 10 friends join at which time the 11th will be placed on a waiting list and will automatically join when someone leaves.

Google took the handicap of Facebook, which is friend lists, and capitalized on it to create an entire network built on the same principle. Furthermore, the ability to integrate with the Google suite of products (Gmail, Google search, etc.) will offer users an easy interface enabling them to switch back and forth, view notifications and share content with friends.

Other new features include a recommendation engine, Google + Sparks, which will introduce users to interesting content. The content will include relevant videos, articles and photos as well as movies all based on information from Google +1 and also what is most currently popular on the web.

Google’s mission is to give users a one stop shop for everything related to the internet. It is offering users a simple interface and the ability to perform any task with ease and fluidity of movement from one action to the next.

Whether or not Google + becomes the next big thing is too early to predict, but we can definitely say that it is attempting to make a big splash in the industry. It will be interesting to see how the network fares among the avid social networkers. Only time will tell the full story, but one thing we can deduce is that Google isn’t stopping anytime soon until it has a piece of every sector of the internet. Thoughts?