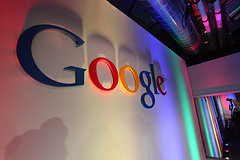 The SEO world has been heating up this past month as Google has taken down blog networks one by one.

If you have experienced any changes in your website’s ranking, you are not alone. It may be the result of some massive Google changes.

Matt Cutts, head of the search quality webspam team at Google, divulged some important information at the recent SXSW conference. He was a speaker and participated in a Q&A session so concerned webmasters could get some answers.

One webmaster was the owner of a small online store that did not have a large budget. The business owner mentioned that big companies with sizable marketing budgets had thousands of dollars to spend on SEO strategies and their rankings showed as a result. The webmaster wanted to know how his little store could be competitive in these markets.

Then Matt came out with a Google update set to release…

“And the idea is basically to try and level the playing ground a little bit, so all those people who have sort of been doing, for lack of a better word, ‘over-optimization’ or overly doing their SEO, compared to the people who are just making great content and trying to make a fantastic site, we want to sort of make that playing field a little more level. So that’s the sort of thing where we try to make the website…the Googlebot smarter, we try to make our relevance more adaptive, so the people who don’t do SEO, we handle that, and then we also start to look at the people who sort of abuse it, whether they throw too many keywords on the page or whether they exchange way too many links, or whatever they’re doing to sort of go beyond what a normal person would expect in a particular area. So that is something where we continue to pay attention, and continue to work on it…we have several engineers on my team working on that right now.”

Google is on the Move

I’m not an SEO expert, but what I can tell you is that Google is trying to eliminate any sites that attempt to manipulate the rankings.  The “larger” sites that have more resources to purchase links may be downgraded very soon if they haven’t been already.

This is not breaking news, though. JcPenney, Overstock.com and other sites suffered immensely when Google found out they were manipulating the search engine to gain rankings. Overstock was accused of getting .edu links by giving discounts to college kids in exchange for posting a link.

The same thing is happening right now, but on a larger scale. For “mom and pop” stores and small business owners who are churning out valuable content to try to gain some ground, this may be valuable news. But, to anyone who has tried to manipulate the search engines in any way, this could spell the end.

The End of Build My Rank

Google just took down one of the most popular blog networks, Build My Rank. Google de-indexed all of the blogs in the network and all of the sites using the service were most likely affected. Build My Rank is now out of business.

Not even a week earlier, Google de-indexed 25% of Authority Link Network’s blogs. This trend will most certainly continue.

What does this mean for you?

If you have never used these tactics, you shouldn’t have anything to worry about. But, if you ever used a blog network, you may have some future issues. Some experts are advising webmasters to cancel their blog network subscriptions and hope for the best, but that is a decision only you can make.

In the meantime, continue creating great content, blogging, interacting with your customers via social media and being so stellar that people will want to link to you.

And above all, diversify! Don’t depend on rankings as your only source of income for your store. Even if you have never used questionable tactics, you are still at risk of a downgrade or being de-indexed simply because Google gets it wrong sometimes. And it can take a long time to get your site back to where it was.

Thanks to Search Engine Roundtable for providing the SXSW transcript.

Has your site been affected by any of the Google changes?

Here are the latest posts about them
%d bloggers like this:
Google Annihilates a Popular Blog Network in One Day - Numinix Blog