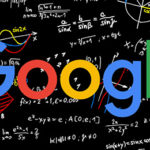 Google launched the Penguin Update in April 2012 in a bid to catch websites spamming their search results. For example, sites that buy links to boost their Google ranking were flagged.

Typically, Penguin updates happen fairly infrequently, with some updates having happened years apart – (the last update, Penguin 3.0, was in 2014). The infrequency of updates means that if you’re caught out by Penguin, you have to wait some time before your site is checked again – regardless of whether you remove the links straight away. But this is all about to change.

Google is now including Penguin in its core search algorithm. The key changes will be as follows:

According to Google: “Once a webmaster considerably improved their site and its presence on the internet, many of Google’s algorithms would take that into consideration very fast, but others, like Penguin, needed to be refreshed.”

With this new update, Penguin’s data will now be refreshed in real time, meaning changes will be visible much faster.

When Penguin detects spam, rather than changing the ranking of the whole site, it will simply adjust a site’s ranking based on spam signals. This means any penalties will be delivered to a specific page rather than an entire domain, which seems much fairer in the long run.

Changes will also be seen much faster, making it possible for penalised sites to recover shortly, rather than waiting a year to change their ranking. Penguin will also now be available in all languages.

Here are the latest posts about them
%d bloggers like this:
What you need to know about Google Penguin