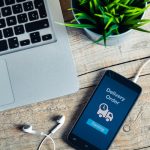 While the historical timeline of e-commerce dates back over 50 years, open-source e-commerce platforms are still a relatively new and expanding technology. Yet, since the growth of online businesses is constantly increasing, open-source e-commerce platforms are quickly improving their adaptive usage and performance abilities to adhere to the progressive shift. Although there are quite a few platforms that offer business owners and consumers numerous selling and buying benefits, we’re going to focus on the following four platforms and their historical timelines.

What is it? OpenCart is an online store management system that is Hypertext Preprocessor-based (PHP-based). The components were originally developed in 1998 by Christopher G. Mann for Walnut Creek CDROM and later used by The FreeBSD Mail. Although the domain expired in early 2005, the software continued to be used and developed into an innovative, open-source e-commerce platform.

How does it work? OpenCart is known for being rather straightforward and its easy-to-use usability is especially beneficial for first-time business owners. Not only does OpenCart support a number of categories, products and currencies, but it also allows you to manage multiple storefronts under one admin.

What’s new with this platform? Version 2.0 of this software released at the end of 2014, which featured an extensive update to the interface. Two years later, version 2.2.0.0. of the software was released, as well as their fraud management services. As of 2019, there are now over 14,000 extensions available to download.

What is it? Zen Cart is an online store management system that is PHP-based and uses HTML components. This open-source e-commerce platform branched off from osCommerce in 2003, aesthetically changing the appearance of the software as well as architecturally changing the template system.

How does it work? Zen Cart is commonly used because it’s simple, easy to modify and the installation process is uncomplicated. Business owners that are looking to develop a small to medium, user-friendly online store are encouraged to start out with this reasonably priced platform.

What’s new with this platform? Zen Cart releases a new version every year in order to tackle higher security and increase website speed. The platform technology also focuses on bugfixes and other enhancing, template, admin and core improvements.

What is it? Built using the Zend framework, Magento is an open-source e-commerce platform that was written using PHP. The software was originally developed in early 2007 by Varien Inc., in California and was later released to the general public in March of 2008.

How does it work? Web developers have the ability to implement core files and extend their functionality by adding new plug-in modules that are provided by other developers. This basic e-commerce platform is powerful, flexible, rather cost-effective and is used by many popular businesses around the world.

What’s new with this platform? In 2015, Magento 2.0 was released aiming to heighten user engagement, provide smoother webpage navigation and improve conversion rates for online shop owners. There were also some features that were changed — reduced table locking, improved page caching, easier customization, a more structured bode base and many more.

What is it? WooCommerce is an open-source e-commerce platform plugin that is used for WordPress storefronts. It was designed in 2011 for merchants with small to large-sized shops and it has quickly become a simple and customizable installation.

How does it work? WooCommerce is used by a number of high traffic websites and has rapidly grown worldwide over the past few years. This integrated plugin was designed for websites that contain blogging and selling interfaces and is aimed at providing excellent administration and product management system and a few additional features for marketing and promotion. WooCommerce is increasingly becoming incredibly popular for those with high-level knowledge and background with coding.

What’s new with this platform? Just last year, WooCommerce provided over 1,000 plugins in addition to a numerous number of premium themes and extensions. There are currently 1,923 themes available that are associated with the WooCommerce plugin.

It’s important to understand that the installation and upkeep process behind the following e-commerce platforms requires extensive knowledge and know-how in terms of coding. For business owners that don’t understand this intuitive field, we recommend hiring a professional web developer to handle the installment and on-going repairs and updates of your online website.

Do you know any other interesting facts about these four open-source e-commerce platforms? Tell us in the comments section below.

Here are the latest posts about them
%d bloggers like this:
The Secret History of 4 Open Source Platforms