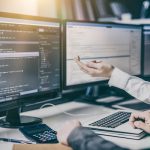 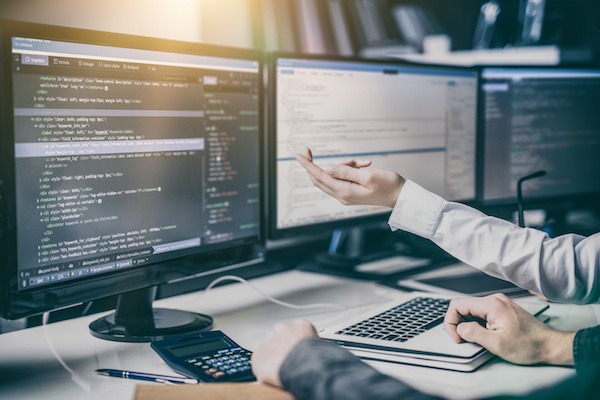 If you’re relatively new to the world of web development then there’s no denying you have an overwhelming amount of information in the field to learn. So, regardless of whether you’re interested in pursuing a career in computer programming or you simply take interest in the elemental details of coding, it’s worth knowing the commonalities and differences between frontend and backend development — especially since a website’s functionality depends on the two communicating and operating with one another as a single unit. So, let’s unfold the details, shall we?

What is frontend web development?

The frontend of your website is what customer’s see and interact with on their web browser. It’s also commonly referred to as the ‘client side’ and includes everything that customer experiences, including text, color, buttons, images and navigation menus. So, basically, this means that a frontend developer is in charge of inputting all the technologies and ensuring that they’re functioning for the users. Keep in mind that while a frontend developer builds the functionality of the website, it’s the web designer who handles the layout of the website and determines which buttons and touchpoints will enhance a user’s experience.

What are the main languages of frontend development?

There are three languages that are commonly used by frontend developers:

Together all these languages, as well as the frameworks of other ones like Bootstrap and Angular, make everything that’s visually presented on your website.

What is backend web development?

The backend of your website deals with the portion that users are unable to see. It’s responsible for storing and organizing data, as well as ensuring that everything is operating well for the client. While the backend does communicate directly with the frontend, essentially, it’s in charge of sending and receiving the information that’s passed from the interaction on the visual side. For example, if a customer fills out a contact form, the backend handles the transmission and storage of this private information.

So, as you can see, both sides need to work together in order to provide functionality and usability to shoppers. That being said, are you ready to start building your dream website?

Which side of web development sounds the most interesting to you? Tell us in the comments section below.

Here are the latest posts about them
%d bloggers like this:
Front End vs Back End Development, What's the Difference?