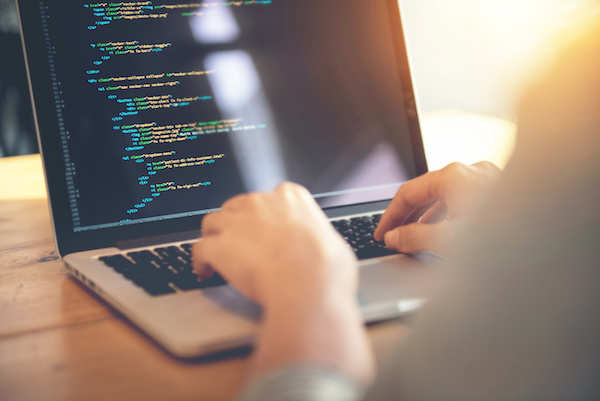 While many occupations require their employees to possess a certain set of skills and expertise, computer programmers are obliged to learn a whole new language. While these electronic coding languages aren’t quite like our languages — having a vocabulary and an alphabet — they do consist of a special set of commands and abbreviations that are arranged in order to function on the platform. So, let’s take a look at a few languages that would be helpful to know if you’re steering towards a career in web development or design.

Although JavaScript has been around since the first websites launched in 1995, it still remains the most used coding language in the world. Considered to be a high-level scripting language, JavaScript is widely used by programmers to add functionality and interactivity to various e-commerce web page styles. This frontend language is used by many notable websites including, YouTube, Facebook, Google, Wikipedia and Amazon.

Easy to learn and understand, Python is a must for many web development jobs. While this high-level interpreted coding language runs on a range of e-commerce platforms, it was designed to emphasize readability due to its clear and expressive syntax. Known for being multi-purpose, Python is mainly used by coders who write scientific and numerical software. It’s free, open-sourced and possesses an easy integration with web services. This coding language is also used by many big playing websites, such as YouTube, Instagram, Pinterest and SurveyMonkey as well as popular video games like World of Tanks, Sims 4 and Toontown.

This 5-year-old Apple development is a common language for mobile platforms. While Swift supports a range of other programming languages, it’s mainly used on Linux or Mac applications. When it comes to web development, Swift has mastered safety performance and software design, helping programmers catch mistakes before the software goes to production. Having a clean syntax, Swift is popularly used by App studios such as KeepSafe and Solstice as well as a number of iOS apps such as Mozilla Firefox, WordPress and SoundCloud.

When it comes to web development, you need your coding skills to be ready for cross-platform compatibility. That’s why many programmers take the time to learn Java. This language has been used all over the world on everything from web to desktop programming. Although it’s more commonly used to create Android apps, Java is flexible to run on a wide range of e-commerce platforms and smartphone frameworks.

What coding language(s) have you mastered? Let’s start a web development conversation in the comments section below.

Here are the latest posts about them
%d bloggers like this:
What Are The Most Popular Programming Languages?